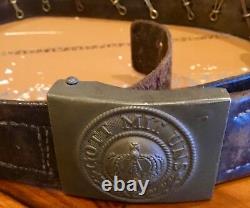 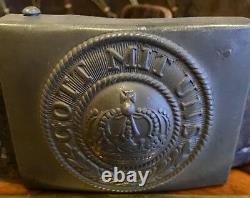 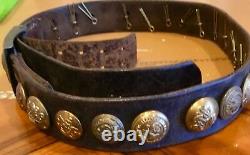 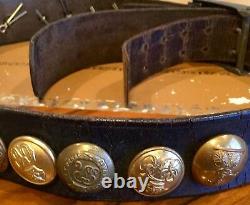 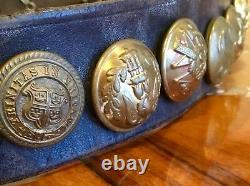 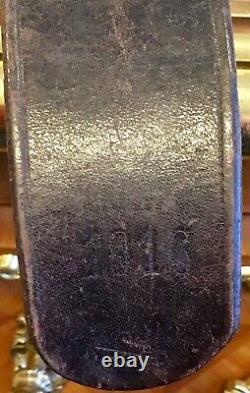 Extremely Rare, complete souvenir/hate belt that served in the final stages of the Great War. The leather is complete and in remarkable shape for an item in excess of 100 years old. When this belt apparently was not dyed black, over the brown to conform with mid-war uniform regulations. The buttons are mostly from the United Kingdom & Commonwealth Nations. If this belt could speak it would have an incredible story to tell it is dated 1916 & marked size 94.

The German Empire was composed of four Kingdoms, Prussia, Bavaria, Wurttemberg & Saxony in that order. This belt is a late war example from the Kingdom of Prussia.

See my other listings for an assortment of Great War items. International is no problem, just needs to be quoted separately. The item "Imperial German WW1, Prussian Souvenir/Hate Belt & M1895 Buckle with21 Buttons" is in sale since Saturday, March 30, 2019. This item is in the category "Collectibles\Militaria\WW I (1914-18)\Original Period Items\Germany\Uniforms". The seller is "sanderssmg7" and is located in Colorado Springs, Colorado.