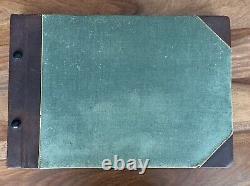 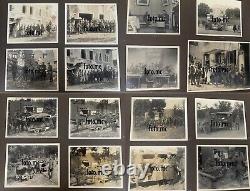 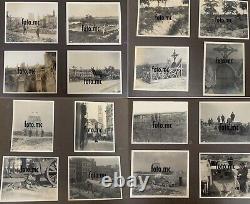 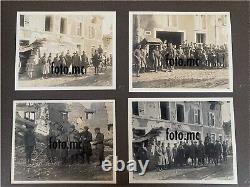 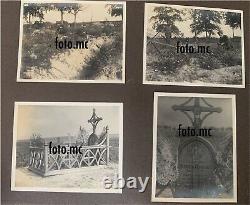 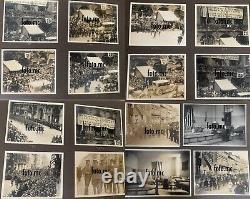 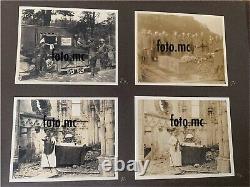 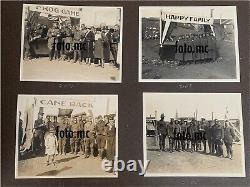 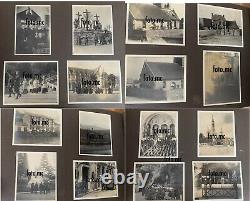 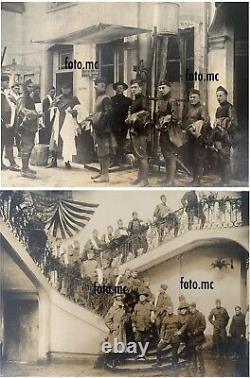 I could not put all the photos so please ask and I will send you a link to see them all! The Knights of Columbus (K of C) is a globa.

L Catholic fraternal service order founded by Michel J. McGivney on 1882 as a mutual benefit society. For working-class and immigrant Catholics in the United States. When the United States enters World War I, 6th Supreme Knight James Flaherty writes President Woodrow Wilson telling him that the Order plans to establish centers to provide for the troops' "recreational and spiritual comfort". The Knights' services, he says, will be offered regardless of creed. By 1917 they arrived in France to give support. The photos have been taken from the official K of C photographer who went through all over the villages with the former 5th supreme knight Edward Hearn (at the moment of the photos was the Knights' Overseas Commissioner) and secretary Frank Larkin. Fabulous historic album 220 photos, size of the album is 11 x 15 in / 30 x 40 cm, various formats of photos (most of them 4,7 x 3,9 in / 10 x 12 cm, others only bigger). At the beginning of the album there are 2 pages with full descriptions and details of each photo. So many French and few Belge destroyed villages such as Albert, Menin, Ypres, Vimy, Bruges, Antwerp, Waterloo, Soissons, Rheims, Verdun, Belleau Wood, Apremont, Argonne, Fleury, Varennes, Clermont, Biarritz, Toul, Le Mans, Dijon, Dravegny, Verzilly, Les Islettes, Fismes and more. Various personalities such as Edward Hearn, James Larkin, Monsignor Kelly, Cardinal Lucon, Lieut. Quentin Roosvelt (grave), Father Duffy, Colonel Mitchel, General Lennihan, Judge Eggeman, J. Fitzgerald, Father Collins, Secretaries Sheehan and Mullen, Father Halligan, Matthew Lynch, Lieutenant Duncan, Monsignor Connolly, Father Marsh, Cardinal Mercier, L.

Murray, Major Briscoe and more. This item is in the category "Collectibles\Photographic Images\Photograph Albums".

mc" and is located in this country: IT. This item can be shipped worldwide.