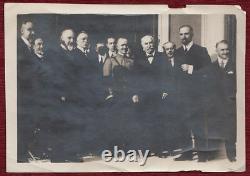 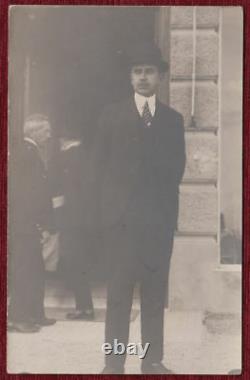 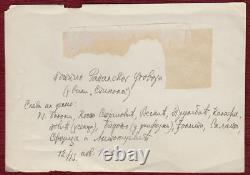 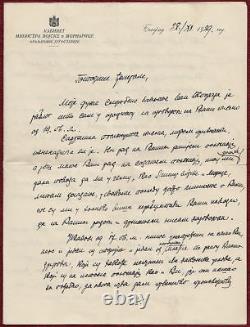 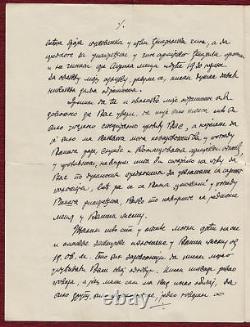 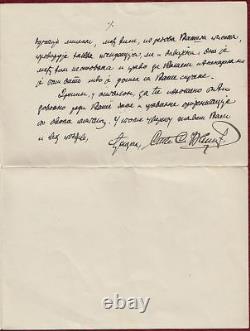 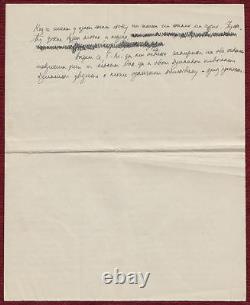 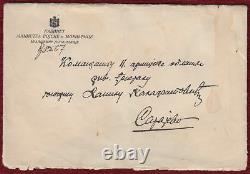 Original Photo + Letter TREATY OF RAPALLO 1920 Sforza Giolitti Italy WWI Serbia. ORIGINAL PHOTO PARTICIPANTS and SIGNATORIES of TREATY OF RAPALLO with a LETTER to one of the participants of the Rapallo negotiations, General Danilo Kalafatovic Danilo Kalafatovic /?????? Photo shows participants of the Rapallo negotiations with the their names written on the back of the photo. From left to right: Ivanoe Bonomi (Minister of War of Kingdom of Italy), Kosta Stojanovic (Kosta Stojanovic, Minister of Finance of Kingdom of Serbs, Croats and Slovenes /Yugoslavia/), Milenko Vesnic Milenko Vesnic/???????

Content: Minister answers to general Kalafatovic's previously received letter in which general Kalafatovic complains of not being promoted to a higher rank. Minister explains no personal reasons were involved in this decision. Simply, he decided to promote larger number of colonels who were awaiting first general rank.

Minister was surprised to receive a letter of such content from general Kalafatovic whom he has always respected as a man and officer. He regrets having at all occasion answering this kind of letter.

One leaf, handwritten on both sides. Content: Kalafatovic responses to minister thanking him even answering the letter, seeing that fact alone as a confirmation of respect minister has for him. Kalafatovic says he never doubted this and eventually finishes saying he is not satisfied with provided answer on the question of not being promoted. Especially because minister himself says in his letter Kalafatovic had met the requirements. However, he says he is not going to complain at the end of his career, since he had never complained before.

Size (unfolded): 21 x 17 cm. For other condition and details see pictures. Usually all tracking numbers will be visible by then. Sometimes it's a lengthy process, especially for buyers from the US, Italy, France and Brazil.

After that, the buyers will be sent a reminder and after that a case will be opened. It is possible to return an item within 30 days from the date of arrival. This item is in the category "Collectibles\Historical Memorabilia\Political\Rest of the World\Europe". The seller is "sigedon" and is located in this country: RS.