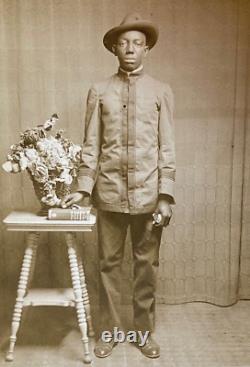 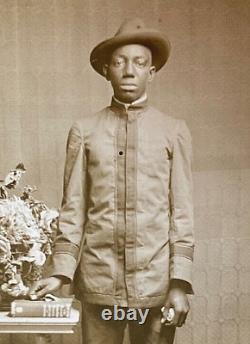 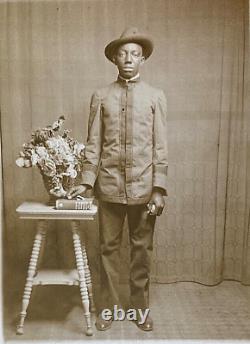 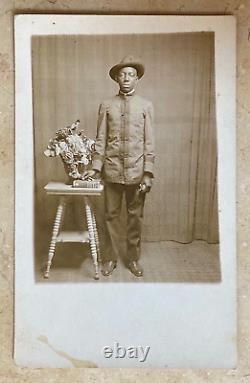 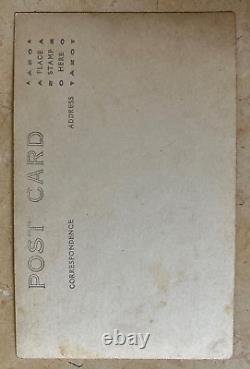 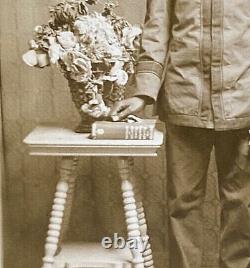 ARMY M1895 TUNIC WITH U. ARMY M1889 SPANISH AMERICAN WAR CAMPAIGN HAT. HE HOLDS A HAND FULL OF GAUZE BANDAGE, AND HE HAS HIS OTHER HAND ON A BOOK CLEARLY TITLED ; THE PEOPLE'S COMMON SENSE MEDICAL ADVISER by R.

African American contract doctors in the military. Rushed head long into a war with Spain but was lacking adequate troops, training, weapons, transport, supplies, food, landing craft, and medical personnel. One negative that could be corrected before the shooting started was the lack of doctors. Army relied on "contract surgeons" to fill its medical ranks.

A contract surgeon was a civilian who wore a uniform. Such a doctor was not enlisted or commissioned but had a contract that could be terminated at any time, even in the middle of a war.

There was no chance of promotion and no pay if sick or disabled. African American Soldiers in Cuba in 1898 - The large number of sick which had to be cared for during the progress of the war. Rendered imperative the employment of additional medical assistance. Under the provision of the act approved May 12, 1898, the services of over 650 contract surgeons were engaged.

"Despite the serious need for additional medical personnel, the contract surgeons were viewed within the Army as being "no better than our common packers or civilian teamsters. Army also needed African American troops in Cuba and the Philippines because it was "well established" they were immune to yellow fever but hey were not. The Army's all black regiments of the 24th and 25th Infantry, and 9th and l0th Cavalry were deployed from U.

This item is in the category "Collectibles\Cultures & Ethnicities\Black Americana\Photos". The seller is "topcat2001565758590" and is located in this country: US. This item can be shipped to United States, all countries in Europe, Canada.