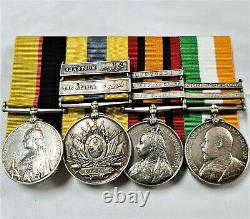 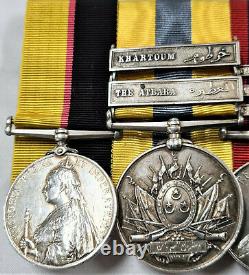 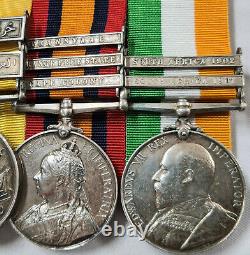 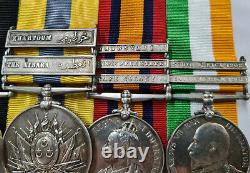 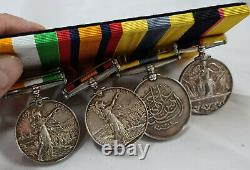 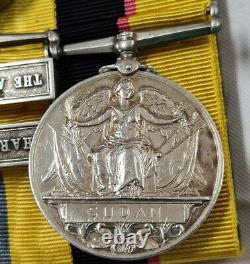 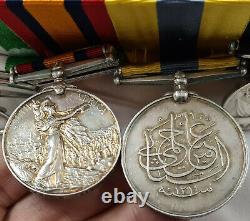 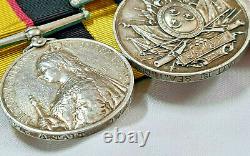 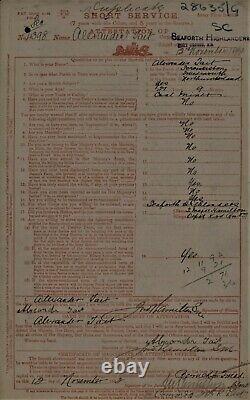 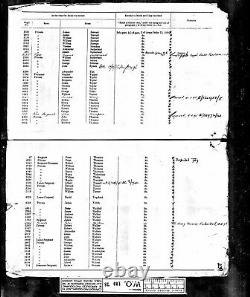 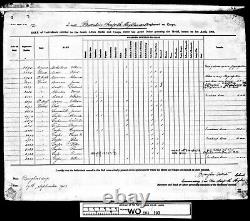 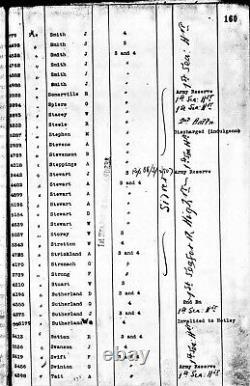 Comes with copies service records, medal rolls and Regimental History extracts. Alexander Tait was born at Scremerston, Northumberland in February 1871, a coal miner by trade he enlistment in the Seaforth Highlanders at Berwick-upon-Tweed on 12/11/1892. After basic training at the depot, he was posted to the 1. At the time the Battalion was stationed in Ireland but was responsible for sending draughts of trained men to keep up the strength of the 2.

Battalion who were stationed in India. Pte Tait was posted to the 2. Battalion had just moved from Rawalpindi to Ferozepore. In March 1895 the Battalion was part of the 3.

Brigade which was sent to the relief of the besieged British Garrison at Chitral. Battalion was posted to Malta and the 2. Battalion as the home service battalion sent draughts to make the 1. Pte Tait was sent back to the 1. Due to the ongoing tensions on Crete an international force from Britain, France, Russia, Italy and Austria was sent to the island as a peacekeeping force. Pte Tait served there from 22/3/1897 3/8/97 returning to Malta. The history of the 1. Battalion Seaforth gives the date of the landing in Cairo, Egypt as March 1898, (Pte Taits records show 5/1/1898) moving by train, Nile river boat, Kitcheners desert railway, sailing boat and camel they moved south to join the Army under Kitchener.

Battalion who were fighting in the Boer War. Pte Tait was transferred to the 2. It is probable that he became ill as he was transferred invalid? Discharged 11/11/1904 at the completion of his 12 years. All international items/combined orders will be sent via registered post international, via Australia Post, without exception.

We can mount your miniature or full size medals, ribbon bars or supply replacement ribbons or badges. We can also conduct military research on your behalf and value cherished objects with a current market or insured value. We run two specialist military auctions per year.

Items are accurately described & photographed. Additional costs for this standard service will be added for this service based on publicly available Australia Post rates. Please note, these items are located and will be posted from Australia. We appreciate fair feedback from you once you receive the item.

We aim to give you, the customer our best customer service. The item "PRE WW1 SUDAN & BOER WAR MEDAL GROUP 4398 TAIT SEAFORTH HIGHLANDERES CRETE MALTA" is in sale since Wednesday, July 14, 2021. This item is in the category "Collectables\Militaria\Other Eras, Wars". The seller is "jb_military_antiques_14" and is located in 2/135 Russell St, Morley, Perth, WA.