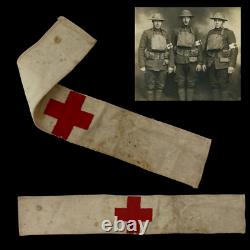 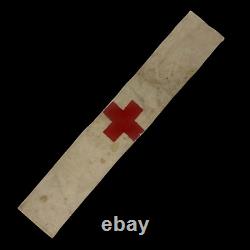 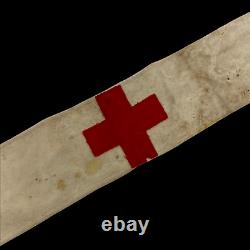 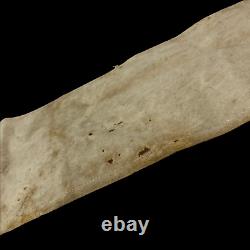 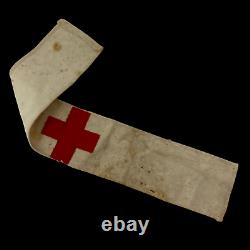 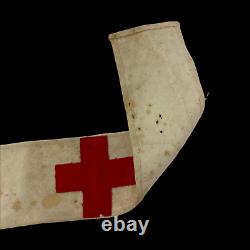 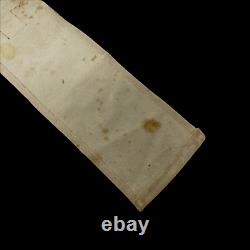 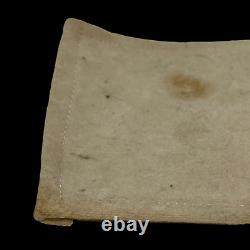 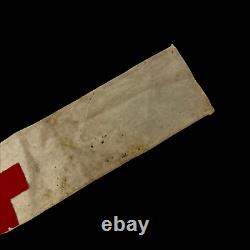 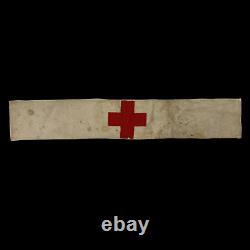 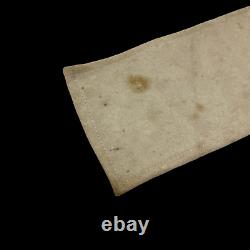 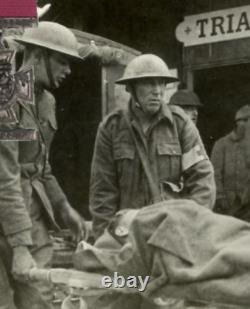 Very few AEF or BEF medic armbands from WWI have survived. This WWI soldier's medic armband shows heavy use and wear along with the pin holes of where it was pinned around the soldier's uniform. This incredibly rare sewn cloth medic armband was worn by either an American (AEF) or British (BEF) soldier medic soldier on the front line trenches during World War I.

The First World War, mankind's first high-technology conflict, resulted in unprecedented mass mortality. Medical services were confronted with overwhelming challenges in treating casualties from mobile warfare, trench warfare, battles on different fronts and infectious diseases. This medic band was made larger than the ordinary arm and was meant to fit snug over the soldier's uniform. This served as a visual marker while in the trenches or other front-line operations of medics nearby. During the First World War, high-technology armies with millions of soldiers were facing each other for the first time in history. The mutual armouries caused a never-known carnage on all fronts. On the German side alone, about 2 million soldiers were killed, 4.2 million were wounded and more than 20 million suffered from other diseases, highlighting the enormous challenge for the medics and another medical services. Moreover, the characteristics of warfare added to the problems.

This item is in the category "Collectibles\Militaria\WW I (1914-18)\Original Period Items\United States\Personal, Field Gear". The seller is "premierrelics" and is located in this country: US.