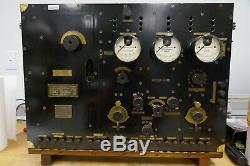 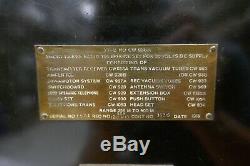 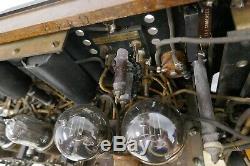 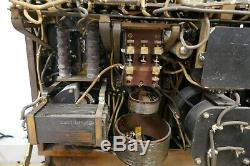 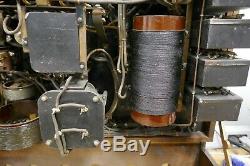 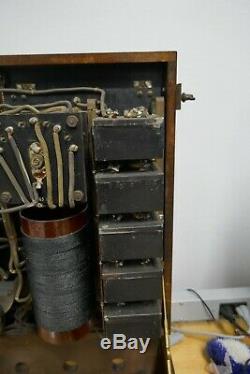 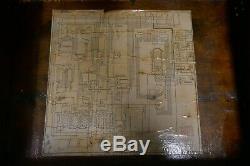 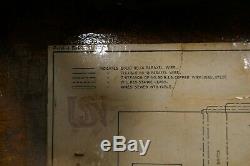 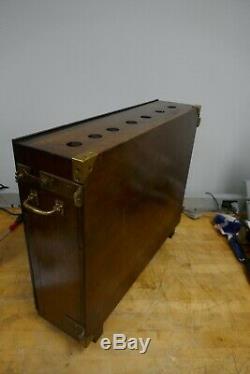 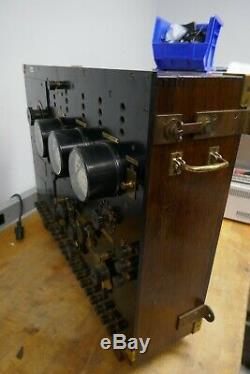 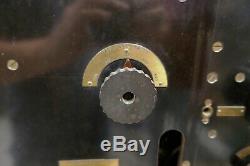 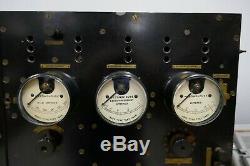 Built for use in US subchasers during WW1. This unit is in excellent to museum condition both on the inside and the outside. This unit is manufactured of Walnut / Oak? , brass (some gold plated), Bakelite, and glass.

This is a very rare item and not something that you're likely to find again. Entered World War I in 1917, the U.

Navy was in need of a more modern method of communications for its warships other than the telegraph. Western Electric answered this need with the introduction of the CW-936 Radio Telephone System.

The CW-936 system was designed for use on. Navy World War I subchasers. It is generally considered to be the first commercially produced radio telephone and telegraph transmitter/receiver (now called a transceiver). The entire CW-936 system consisted of eight major components, plus two pairs of Western Electric headphones and a push-button handle device for the extension box. The largest piece is the CW-938A transmitter/receiver, shown in Figure 1. It is a massive component measuring 24. /2 and weighing in at a hefty 60 pounds! Outside its box-jointed, walnut cabinet nothing too good for the U. Navy is a plethora of brass. This includes all the heavy hardware used throughout the construction. All the other bright-work, such as the nameplates, corner protectors, dials and switches are gold-plated. There are a total of 22 binding post terminals on the panel. The left-hand panel section can be removed to expose the transmitter for adjustment purposes. All the internal parts are attached to the back of the front panel, which, when unlatched, pulls down for service. One of the pictures shows the CW-938 opened to reveal its tube complement, consisting of two Type VT-2 (tennis ball) tubes and three Type VT-1 tubes. The transmitter is a self-excited oscillator type. The receiver, in all probability, has a regenerative circuit. The set tunes from 256 to 600 meters. This unit will be double-boxed and packed using foam in place packing material and fully insured.

The item "Western Electric CW 938A, 1st Transceiver, used on US WW1 Subhunters, 1918" is in sale since Thursday, June 25, 2020. This item is in the category "Collectibles\Militaria\Surplus\Radios".

The seller is "df20bug" and is located in Terrell, Texas. This item can be shipped to United States.