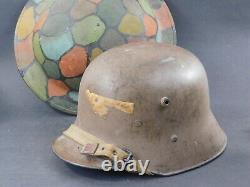 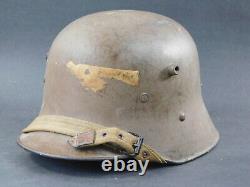 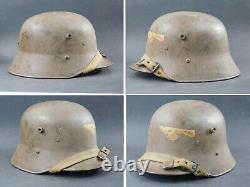 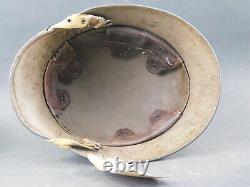 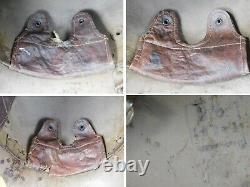 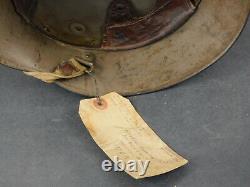 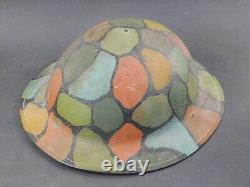 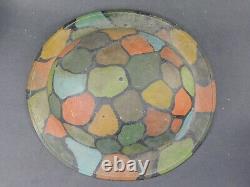 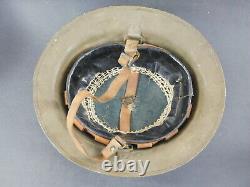 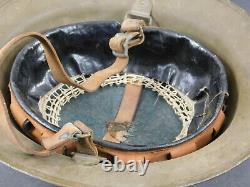 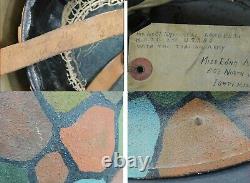 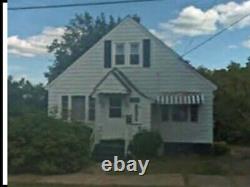 This is a pair of helmets which belonged to Olof Nathanael Norberg; a Swedish-American volunteer with the US army ambulance service on the Italian front. (see below) The Austrian helmet is an M17 size 66 marked (star) 66 which was produced by Gebruder Bohler of Kapfenberg.

The paint remains 95% intact. There is a fragment of a mailing label on the front which just shows a portion of the addressees name "Anderson" (see below). The three pad lining is intact with all three pads affixed to the liner frame. The liner frame itself was produced by the Krupp factory at Berndorf; which supplied a good many of the liners for the Bohler plant. The chinstrap is the typical cloth type with grommets for the adjustment holes. The maker ink-stamp is mostly present and overall the helmet remains in fine condition; just as sent home by Norberg from the Italian-Austrian front. The original period camouflage remains 99% intact. The liner and chinstrap are in excellent condition. Norberg wrote his name and unit on the chinstrap which matches that on the mailing tag which was wired to one of the chinstrap mounts inside the helmet.

See the photo which compares the chinstrap and the mailing tag. Olof Nathanael Norberg was born on 25 April 1886, in Finsvik, Västernorrland, Sweden. He immigrated to the US and settled in Ishpeming Michigan. When the US joined WW1 he was 31 years old and joined the all-volunteer United States army ambulance service which provided medical transport to Britain, France and Italy. (the most famous volunteer of this service was Ernest Hemingway who served; as Norberg did, on the Italian front).

Norberg was with the M. (medical service transport unit) 350 which like every unit of the USAAS was comprised of 45 men, 20 Ford ambulances, 1 Ford touring car, 1 truck, and a kitchen trailer.

Norberg mailed this Austrian helmet home to his fiancée; Edna Anderson, who was living in their future marital home at 503 North 5th street in Ishpeming Michigan. (The last of the photos above is a modern photograph of the house; which is still standing) Norberg ended up marrying Edna Anderson in 1920 and they remained married until he died in 1978 at the age of 91. Both of these helmets are in 100% original and untouched condition.

They have not been altered or repaired. Except for the age and patina they are just as they were in 1919.

The item "WW1 Helmets Brought home by US ambulance man from Italian front in 1919" is in sale since Thursday, December 23, 2021. This item is in the category "Collectibles\Militaria\WW I (1914-18)\Original Period Items\Germany\Hats & Helmets".

The seller is "germanhelmetsinc" and is located in Lapeer, Michigan. This item can be shipped to United States.