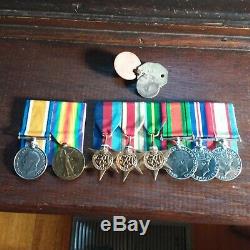 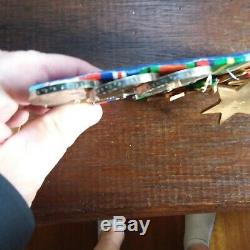 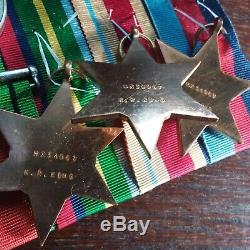 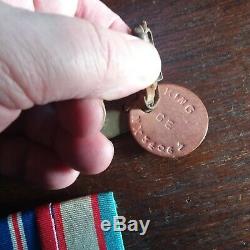 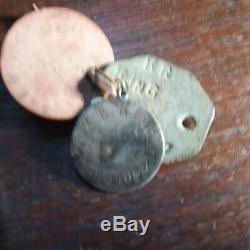 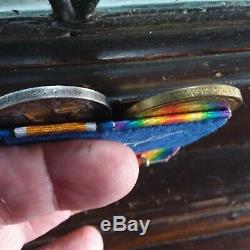 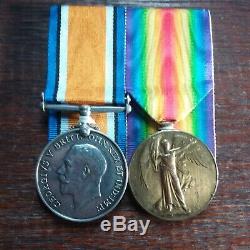 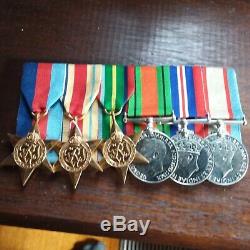 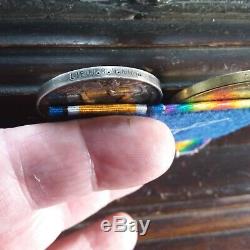 Kenneth Reginald King was born in 1916 in Eastbourne, England. His Place of Enlistment Was Paddington, NSW. He was posted to the 2/5th Field Regiment of Artillery, part of the 7th Division, AIF.

Saw a lot of action. Joined 7th June 1940 and discharged 29th November 1944. Should be interesting to research. Comes with three dogtags to K. Two standard army issue and one private engraved.

This lovely father - son group is ready to research. Medals - including naming - guaranteed.

Not mucked around with at all. You are welcome to view the medals.

This item is in the category "Collectables\Militaria\1939 - 1945 (WWII)". The seller is "nikruss" and is located in Malvern East, VIC. This item can be shipped worldwide.