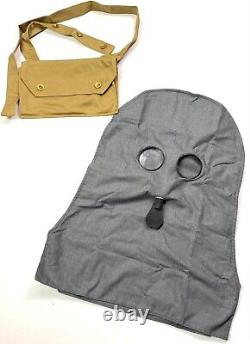 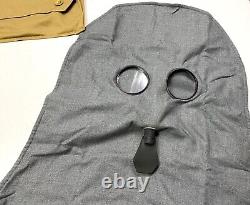 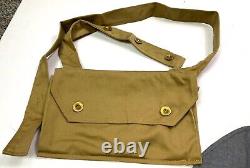 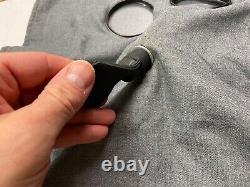 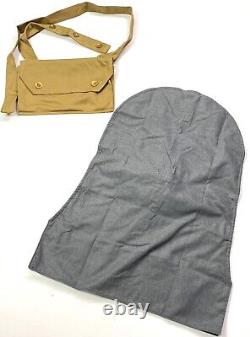 The P Hood and the PH Hood was used in the First World War by the British Army and they where also called the P Helmet and PH Helmet. They where used to protect the British soldiers from poisonous gasses. The P Hood and the PH Hood are the same (gas masks) Helmets which look the same the only difference is that the later pattern was dipped in an extra chemical for extra protection. The P (Phenate) Helmet first appeared in July 15th 1915 and replaced the H (Hypo) Helmet/Hood. It was an improvement over the H Helmet by having two glass (mica) eyepieces instead of the single one piece visor and a exhaust valve fed from a metal tube which the soldier held in his mouth on the inside.

It was also made from a double layer Greyback wool fabric one layer was impregnated with chemicals the other layer was not. The cloth on the P Helmet was dipped in Sodium Phenolate and Glycerin which protected the soldier from Chlorine and Phosgene. The PH (Phenate Hexamine) Helmet replaced the P Helmet in October 31st 1915 and was the same but was also dipped with added chemical Hexamethylene Tetramine which greatly improved the wearer against Phosgene and added protection from Hydrocyanic Acid. It was replaced by the SBR but it did remained in service with second line troops, until the end of the war. The P Helmet and the PH Helmet are often called Hoods and both would be carried in the smoke hood pouch.

This item is in the category "Collectibles\Militaria\WW I (1914-18)\Reproductions\Great Britain". The seller is "luckyline1945" and is located in this country: US. This item can be shipped worldwide.