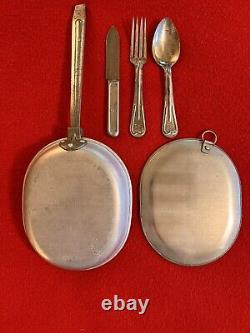 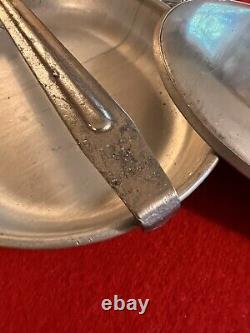 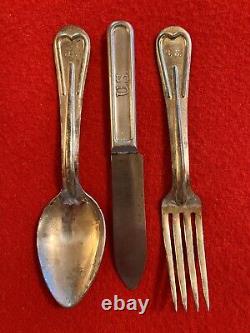 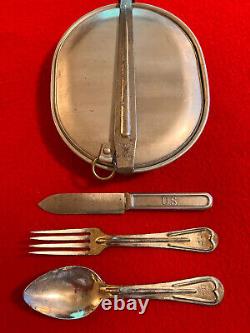 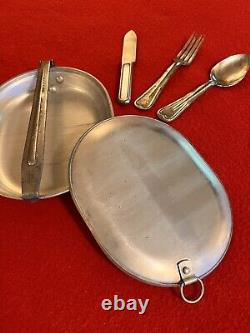 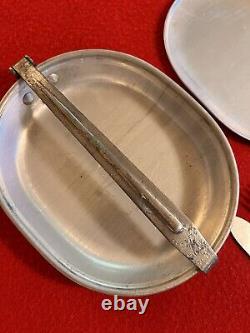 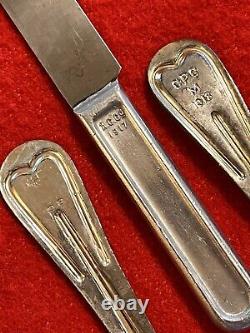 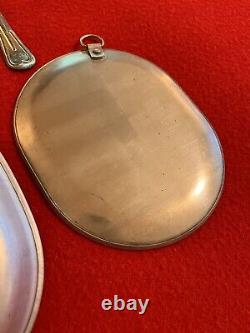 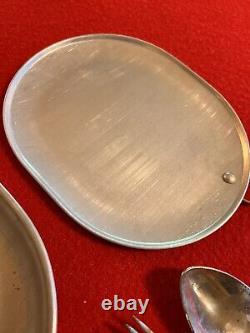 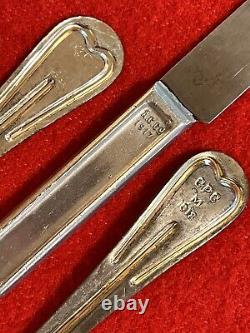 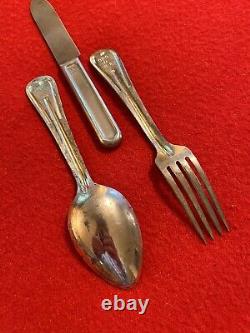 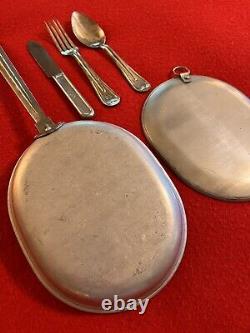 This WWI mess gear was what was issued both to the A. M1910 Meat Can/Mess Kit, Aluminum with a bright TINNED Steel Handle U.

Handle Hinge has the 3 Round-head RIVETS. The Lid is the early FLAT, UNDIVIDED TRAY with the offset'D' RING. Landers, Frary & Clark was a housewares company based in New Britain, Connecticut. The firm traced its origins to 1842, when George M.

Landers and Josiah Dewey entered into a partnership named Dewey and Landers, which manufactured various metal products. Eventually, the company was reorganized as Landers, Frary & Clark in 1862. The firm produced a variety of household products and appliances, including many electric appliances. Some of Landers, Frary & Clark's most successful products included the Universal Bread Maker, the Universal Food Chopper , and the Coffee Percolator.

There were a few early incarnations of the business Simon, Hirsch & Co. In the 1860s, Chicago Cutlery Co. In the 1870s before it was organized as the American Cutlery Company around 1878.

ACCo would keep its foothold there for decades, surviving a series of calamities to emerge as one of the country's leading suppliers of steel dinner knives, bread knives, carving knives, paring knives, butcher knives, pocket knives, and some truly top notch trench knives. American Cutlery goods were all.

"Made of the highest grade of Crucible Steel, ". According to a 1905 advertisement for one of the company's distributors. All of the blades are hand forged and evenly tempered by the latest improved process. The very best quality and workmanship the American Cutlery Co.

Knows how to turn out. The size, shape and handiness of these can not be improved, and even the handles are made to last a great many years.

At the risk of going with a lazy cliché, the American Cutlery Company was-much like its fine utensils-forged in fire. This included not only heated labor battles, but literal infernos.

Starting with the Great Chicago Fire just six years into the company's existence, the vulnerable Mather Street manufacturing plant would become a bit of a hot spot (another bad pun) for blazes in the decades ahead. Such were the consequences of melting tons of metal in close quarters. "Twelve hundred dozen knives and forks are made [at the American Cutlery factory] per day, ". According to an 1891 article in Chicago and Its Resource.

And two 300 horse-power engines and boilers are required to furnish power. The establishment has twice been burned out, and phoenix-like has arisen from the ashes greater than ever. M1910 Mess Spoon, bright TINNED Steel, with'SOLID' handle U.

" stamped in serif font, and on the reverse "WB/W / 1916" from Wallace Brothers flatware ("WBW) of Wallingford, Connecticut. Later they became WBW2, then National Stainless Steel of Wallingford. ZERO scratches, bends, dents, dings, rust, or corrosion! Strong legible STAMPED contractor marking. The convex/concave'bowl' of the Spoon is STILL bright enough to use a shaving mirror!

Wallace & Sons (born 1835) was formed Wallingford, Connecticut and incorporated in 1879. As of 1893, this company manufactured silver and plated ware and cutlery and had about 600 employees. In 1887, William Hale Beckford in Leading business men of New Haven county described the company, The valuable plant of the company is one of the most complete and extensive of its kind in the United States, the buildings being substantially built of brick, two and three stories in height, and covering an area of several acres of ground. Over the years, the Wallace companies had three names: R. Unique for the area, the Wallace companies did not become part of the International Silver Company its independence.

M1910 Mess Fork, bright TINNED Steel, with'SOLID' handle U. " stamped in serif font, and on the reverse "CPC/M / 1918 from the CHARLES PARKER COMPANY of Meriden, Connecticut.

Unlike the later M1926 Fork, this M1910 model has the very LONG Tines. Which made a variety of metal products since its founding in 1832, was one of the leading U. Parker's vise brands included Davenport, Vulcan, Victor, and Hall's Patent Sudden Grip.

Union moved vise production to New Britain where it had a large foundry. Among the diversity of Charles Parker products, Parker guns are very actively collected and traded, including the historical catalogues illustrating the designs. Design catalogues featuring Parker vises design are also a significant collectible. Charles Parker was born in 1809 and rose from poverty to become one of Connecticut's leading industrialists. He also became the city of Meriden's first mayor.

He started his manufacturing career inventing and producing coffee mills in a small shop in 1832. By 1860, he owned several large factories and employed hundreds of people, in and around Meriden.

Parker products included hardware and house wares, flatware, clocks, lamps, piano stools and benches, vises, coffee mills, industrial machinery, and, after 1862, guns. Guns, however, never amounted to more than 10 percent of Parker's business. Charles Parker died in 1901 and his descendants carried on his businesses until 1957. The Great Depression of the 1930s took its toll on the Parker enterprise and it never fully recovered. Parker products have now become collector's items.

This item is in the category "Collectibles\Militaria\WW I (1914-18)\Original Period Items\United States\Personal, Field Gear". The seller is "bataan12213" and is located in this country: US. This item can be shipped to United States.